Speakers from our 2019 Conference 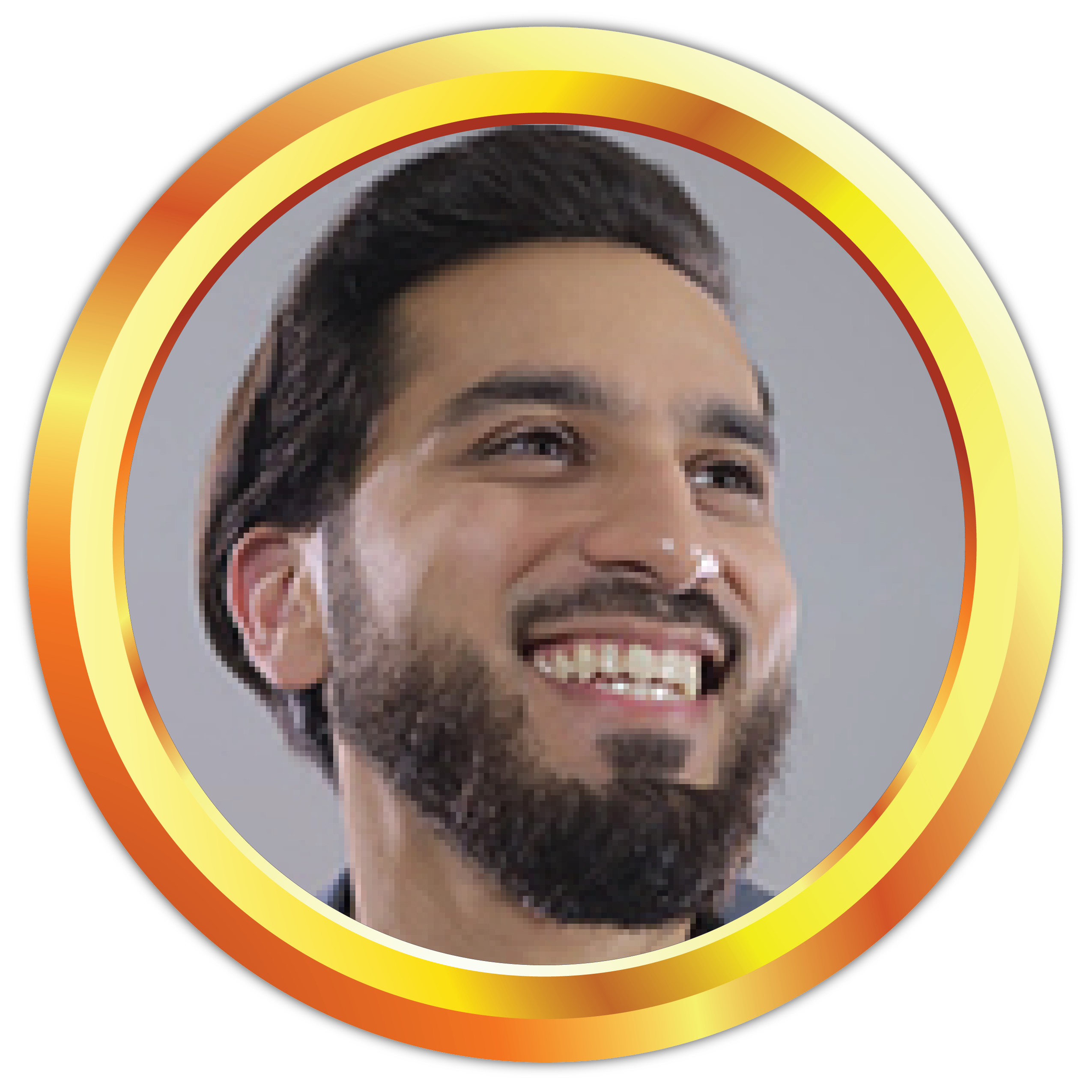 Shaykh Saad Tasleem is an AlMaghrib instructor and loves to snowboard and skateboard, he rocks his Converse sneakers like a boss! There’s probably nobody better than him to understand the plight of Muslim youth in the face of today’s pop culture pressures.

Shaykh Saad studied Art History, Modern Art, Graphic Design, and Psychology at the University of Maryland. He started his Islamic education at IIASA in Fairfax, VA. He then went on to study in the Islamic University of Madinah where he dedicated himself to the study of Islamic Sciences. He graduated with a Bachelor’s from the Faculty of Shariah, University of Madinah. 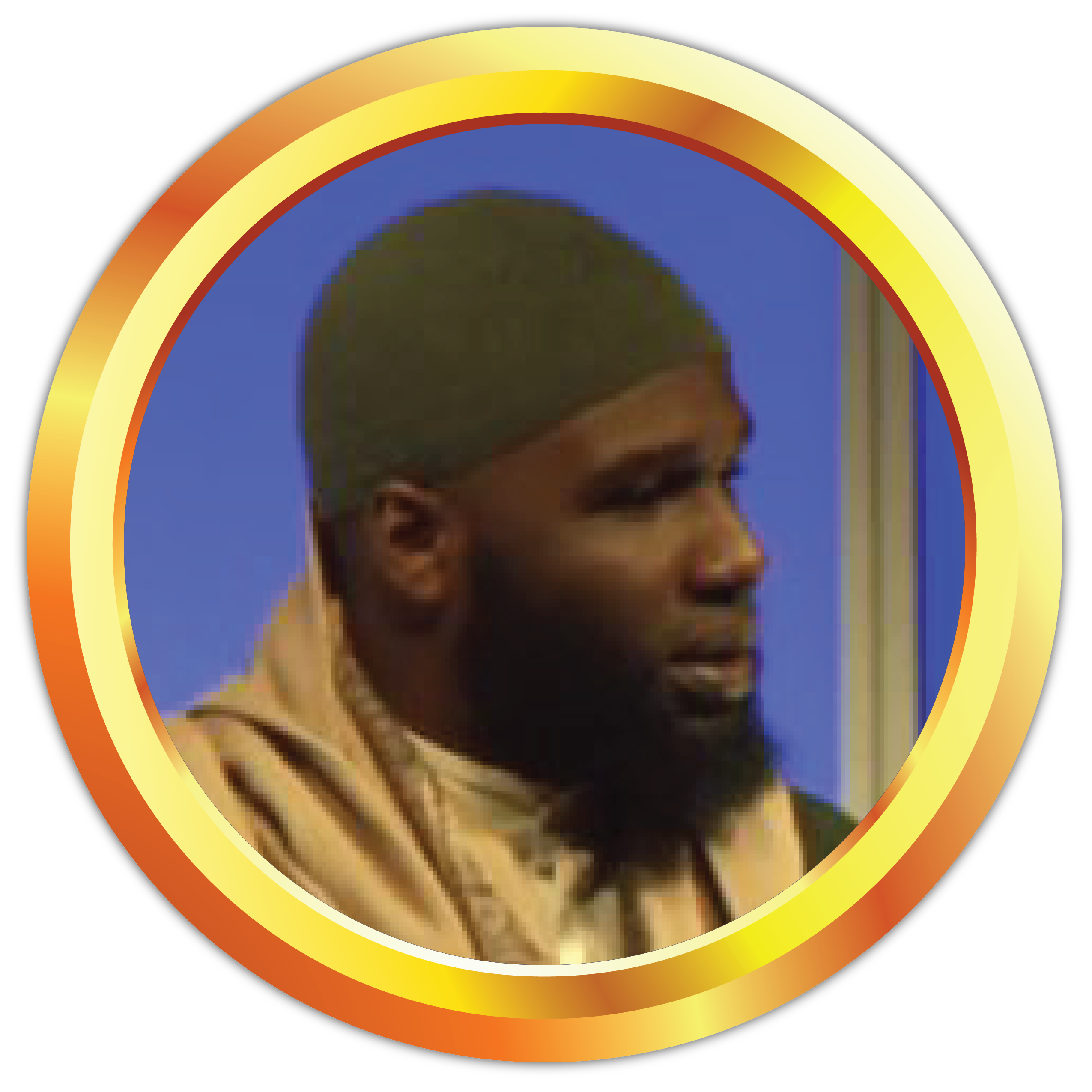 Ibn Ali Miller was born and raised in Atlantic City, NJ. His parents are Sabrina & Ali (who is deceased). He is 27 years old and is married with seven children. He is an independent contractor and is currently establishing an import/export business among many other business ventures. He is also a student of Imam Amin Muhammad and a member of Masjid Muhammad of Atlantic City. When he is finished with his studies, he plans to open an Islamic institute in his hometown to help inner city youth learn traditional Islam. 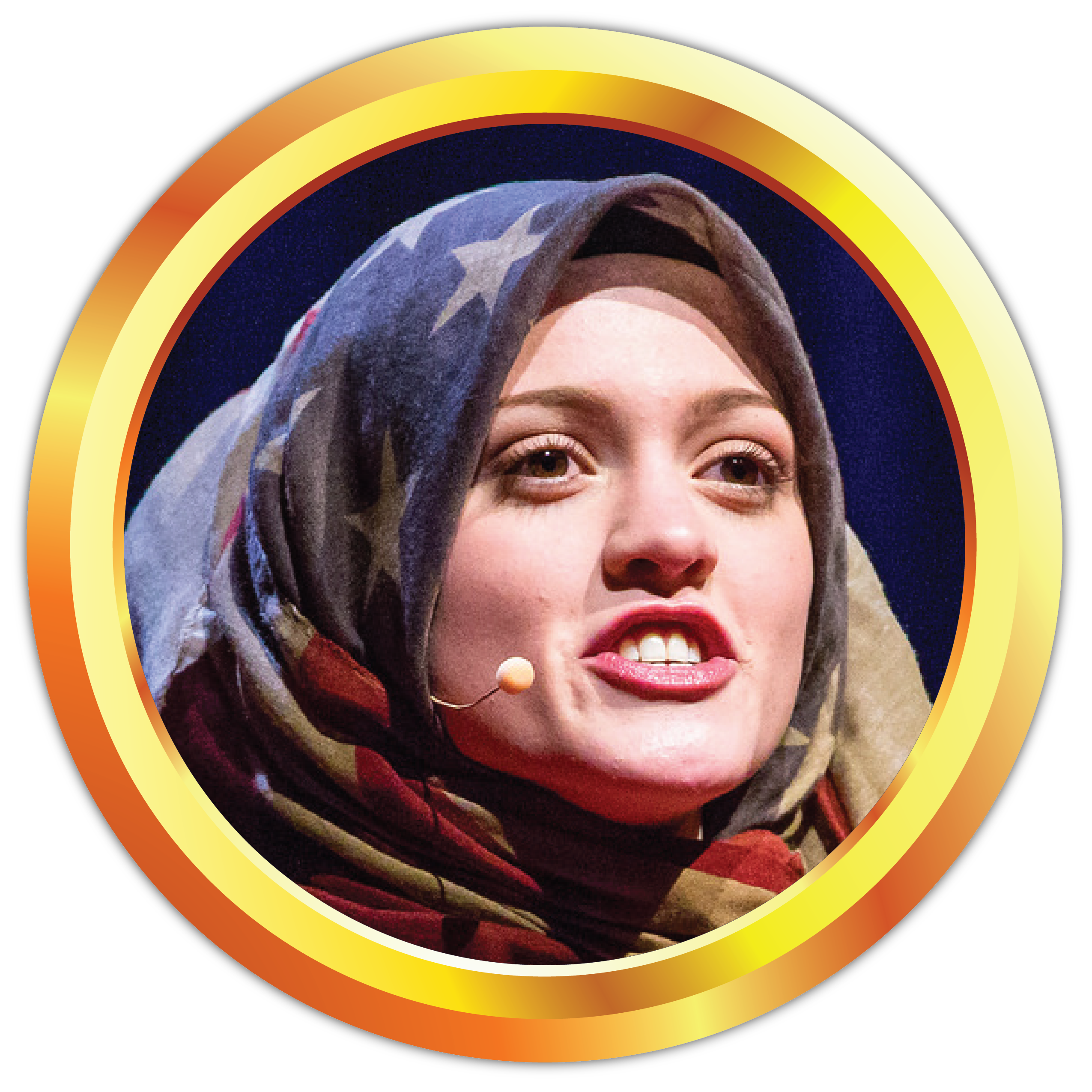 Amal is a major proponent in education and building individual agency in particularly under-served and vulnerable populations. She hopes to take part in the global effort for literacy in war-struck areas and refugee camps through writing. She is an international spoken word poet, having performed in 10 countries and over 100 cities. She has conducted workshops, given lectures, and recited her poetry in venues ranging from youth prisons, to orphanages to refugee camps to universities to churches to community spaces for the public. 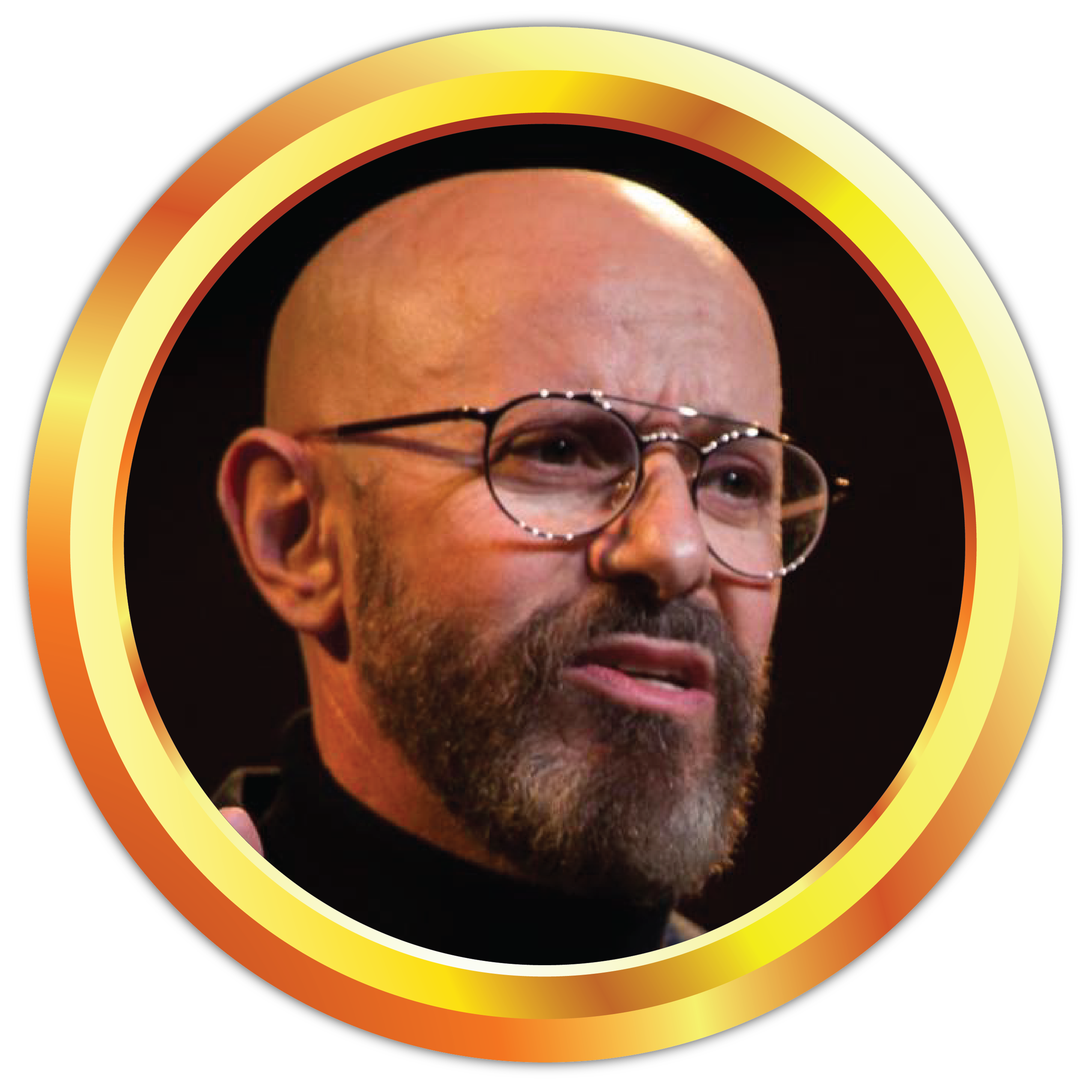 Dr. Imad Bayoun is recognized for his commitment to religious education, especially among the youth, as a lecturer for the Muslim American Society (MAS). He taught Aqeedah and Fiqhas-Seerah (Jurisprudence of the Prophet’s Biography) at the Islamic American University, and teaches "Arabic Calligraphy" and "The World of Islam" at the California State University in San Bernardino. He has published several audio series on “Purification of the Heart”, “Muslim Character”, and other topics, and recently a book entitled "Belief and the Human Mind." 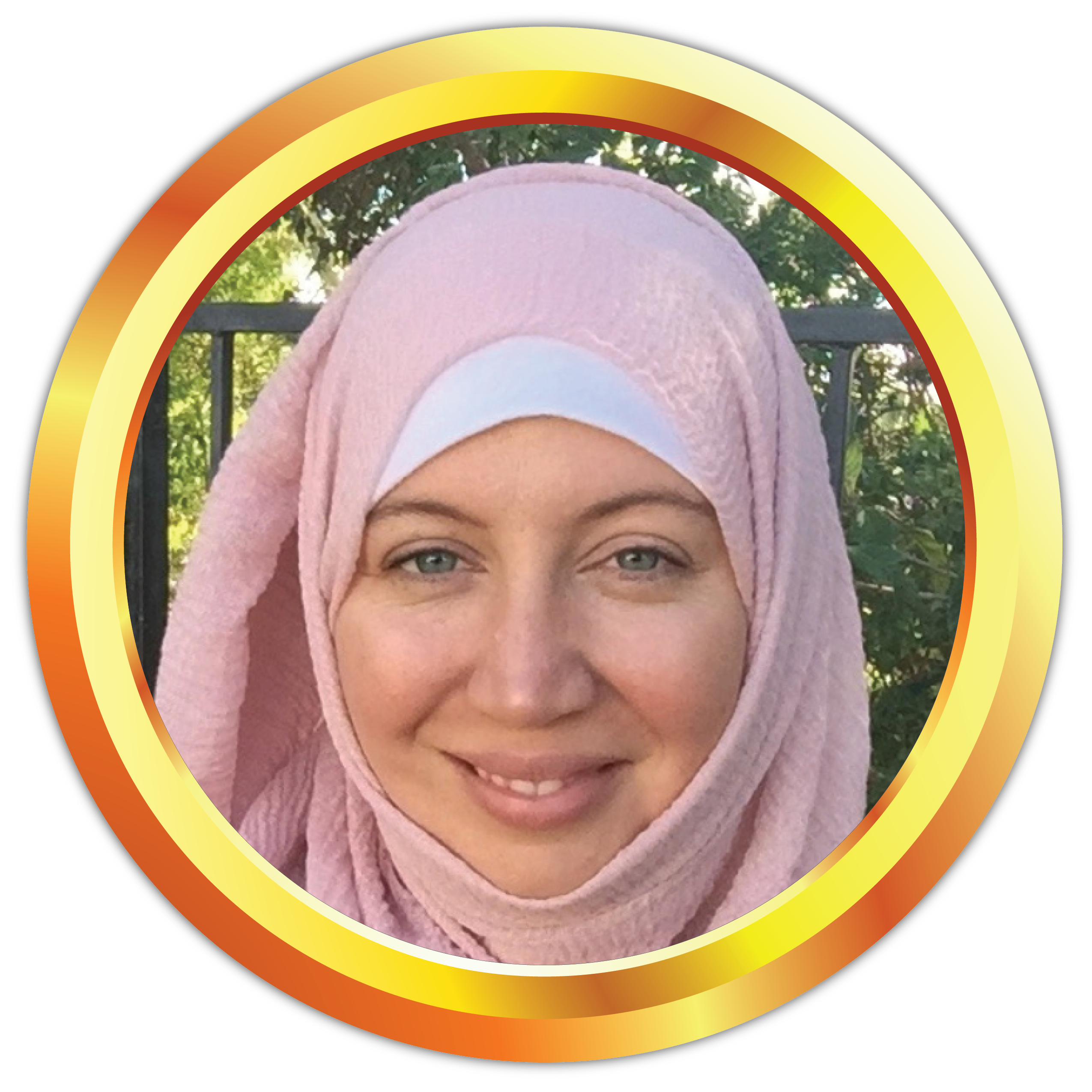 Megan Wyatt converted to Islam at the age of 19 and has a degree in Middle Eastern Studies. She is a wife and a homeschooling mother with four children residing in Southern California with her husband. She has been coaching and teaching Muslims since 2007 as well as being a contributor to other online platforms and speaking at Muslim conferences in North America. She is a multi-passionate woman who has founded Wives of Jannah, an organization that offers relationship coaching for wives and couples as well as training programs and events. She is a co-founder for Find Your Mr. Right, where she has taught Muslim women how to go through the marriage process and find the right man without compromising on their values as Muslim women. Her latest project is One Meaningful Life, where Megan is creating an Islamic personal development space for Muslims. 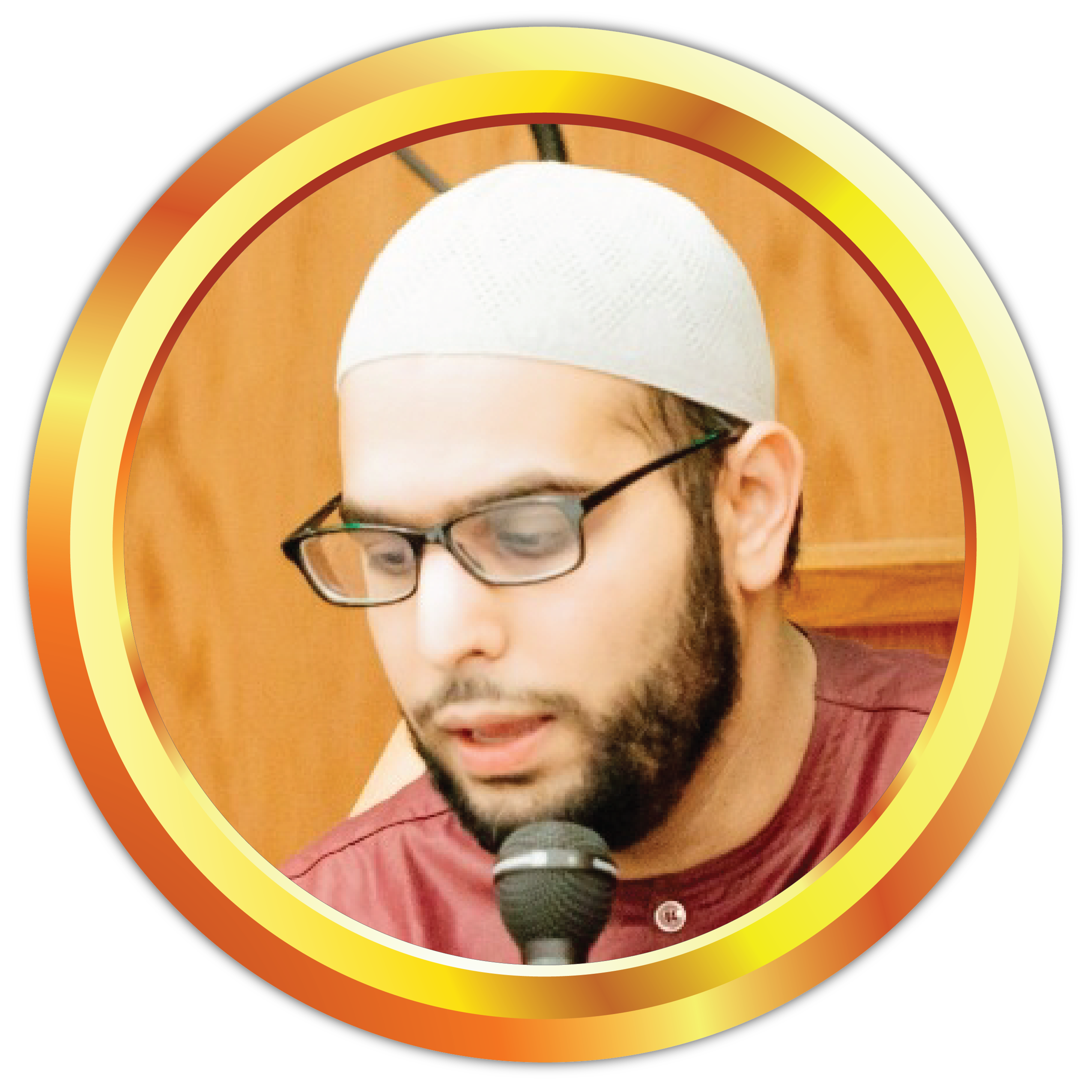 Imam Ibrahim Hindy's thirst for Islamic knowledge began at a young age of 14, and led him to travel the world and attending the study circles of many scholars in Egypt and Saudi Arabia. At the age of 18, he began preaching and lecturing at many Mosques in the Greater Toronto Area. Imam Ibrahim continued his studies at the University of Toronto where he attained a degree in Religious Studies and later an MA in Usul al-Fiqh from Al-Madinah International University in Malaysia.

Imam Ibrahim has been an active voice against hatred and xenophobia. He has been interviewed and has written opinion pieces which has been featured by national and international media extensively including outlets such as CBC, CTV, BBC, Buzzfeed, The National Post and the Globe and Mail, among many others.

Imam Ibrahim Hindy is the host of The Hindy Project Podcast, which profiles a variety of imams, shuyukh and Muslim activists and explores spirituality and community building. Imam Ibrahim also serves as a research manager at Yaqeen Institute for Islamic Research. 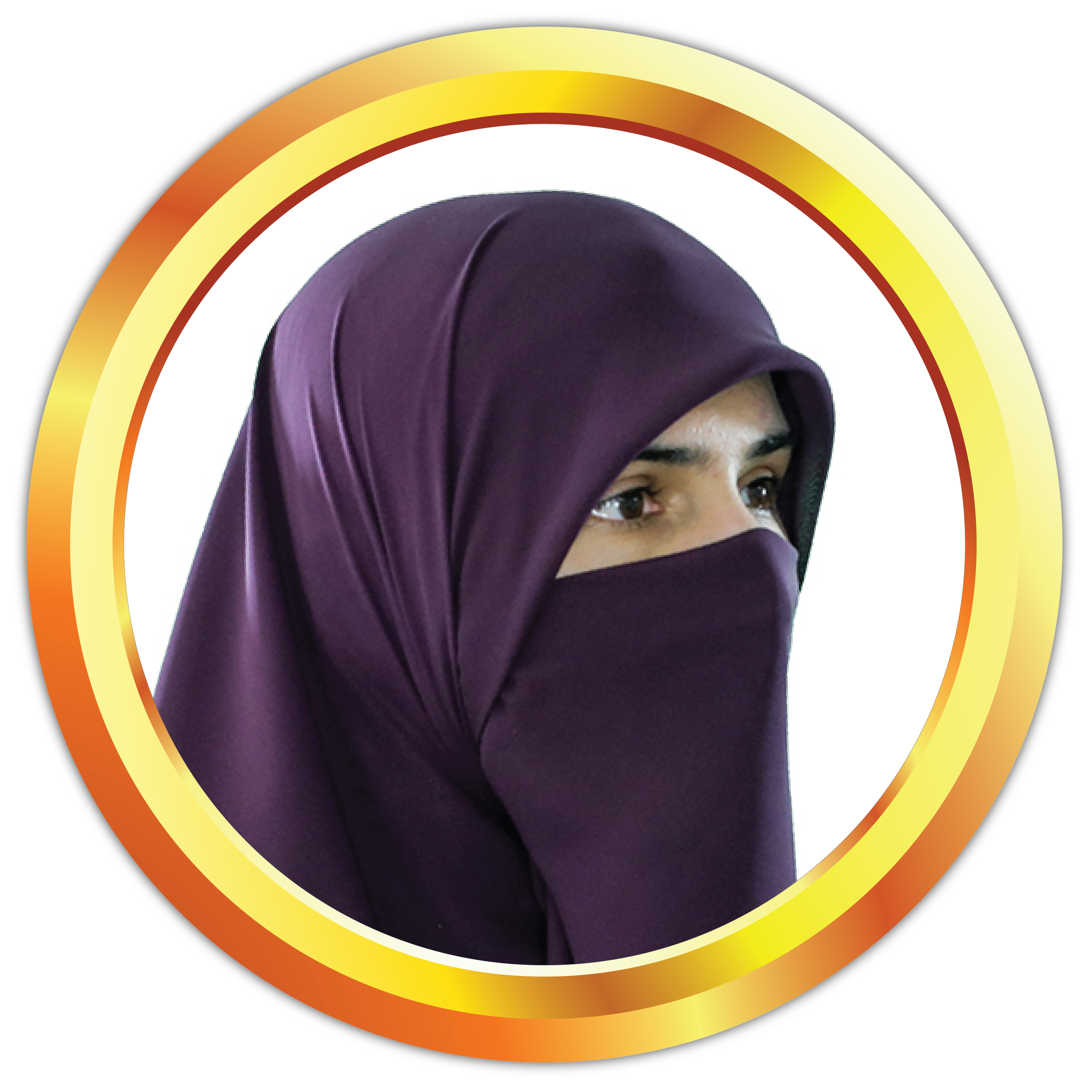 Ustadha Taimiyyah Zubair, the daughter of Dr. Idrees Zubair and Dr. Farhat Hashmi, receiveds an upbringing in a household focused on Islamic education. In her mid teens she completed her first study of the Translation and Tafseer of the Qur’an and since then she has been educated in various Islamic Sciences, including Arabic Grammar, Fiqh, and Tafseer. Taimiyyah Zubair has pursued extended study under their supervision and is currently teaching Quran and Hadith studies at the AlHuda Institute. A mother of two children, she believes every Muslim should learn the Qur’an and Hadith in order to bring benefit into their lives. Taimiyyah Zubair is an established teacher of Quran with a focus on Tafsir and Word Analysis. She is a respected and inspirational role model, teaching both globally and in her community for more than a decade. Taimiyyah Zubair studied under her parents and scholars, Dr. Idrees Zubair and Dr. Farhat Hashmi (founders of Al Huda International). She has been a student and teacher, at Al Huda Institute, of various Islamic Sciences including Arabic Grammar, Hadith and Fiqh. 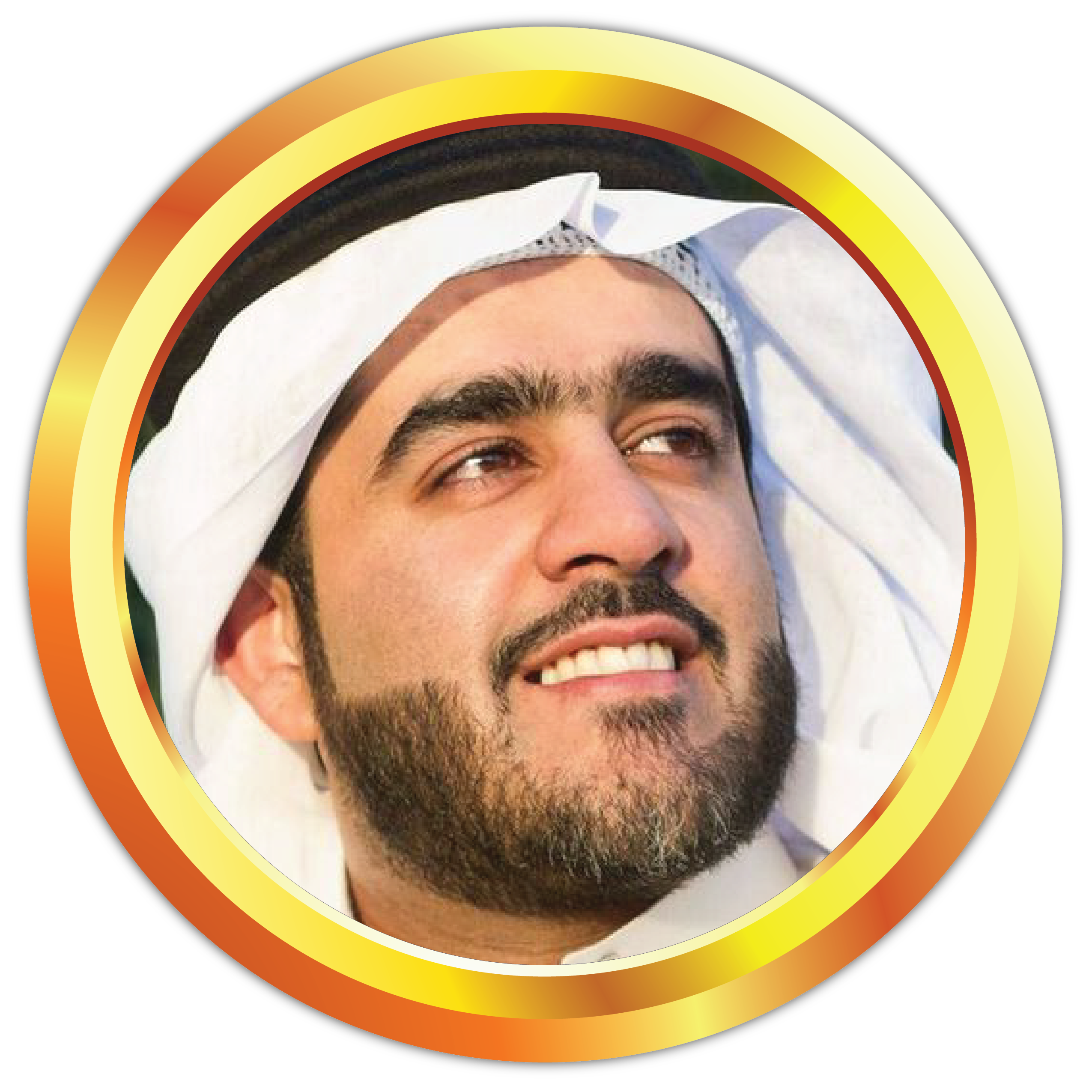 Sheikh Ahmad Saleem specializes in Tafseer and Seerah. He has dedicated more than 7 years studying with Shaykh Diya Al-Faidy, Vice Rector of Nooriya Islamic University, completing more than 20 classical texts in various sciences. In addition, he has completed the Tafseer of the Quran and its word-to-word under the tutelage of many scholars. He later completed various texts under the guidance of over 20 scholars during his time in Saudi Arabia. With an acute ability to explain difficult Islamic concepts to the average Muslim, he is a frequently sought-out speaker.

In addition to public speaking, he is a certified coach and executive trainer. His work in human development and neuroscience of learning gives him a unique ability to develop blended learning courses and workshops. He has coached and mentored millennials over 600+hours on professional and personal issues. His 10 years experience in the field of Human Capital Development and Learning has enabled him with transferable skills that are an asset for community youth development. 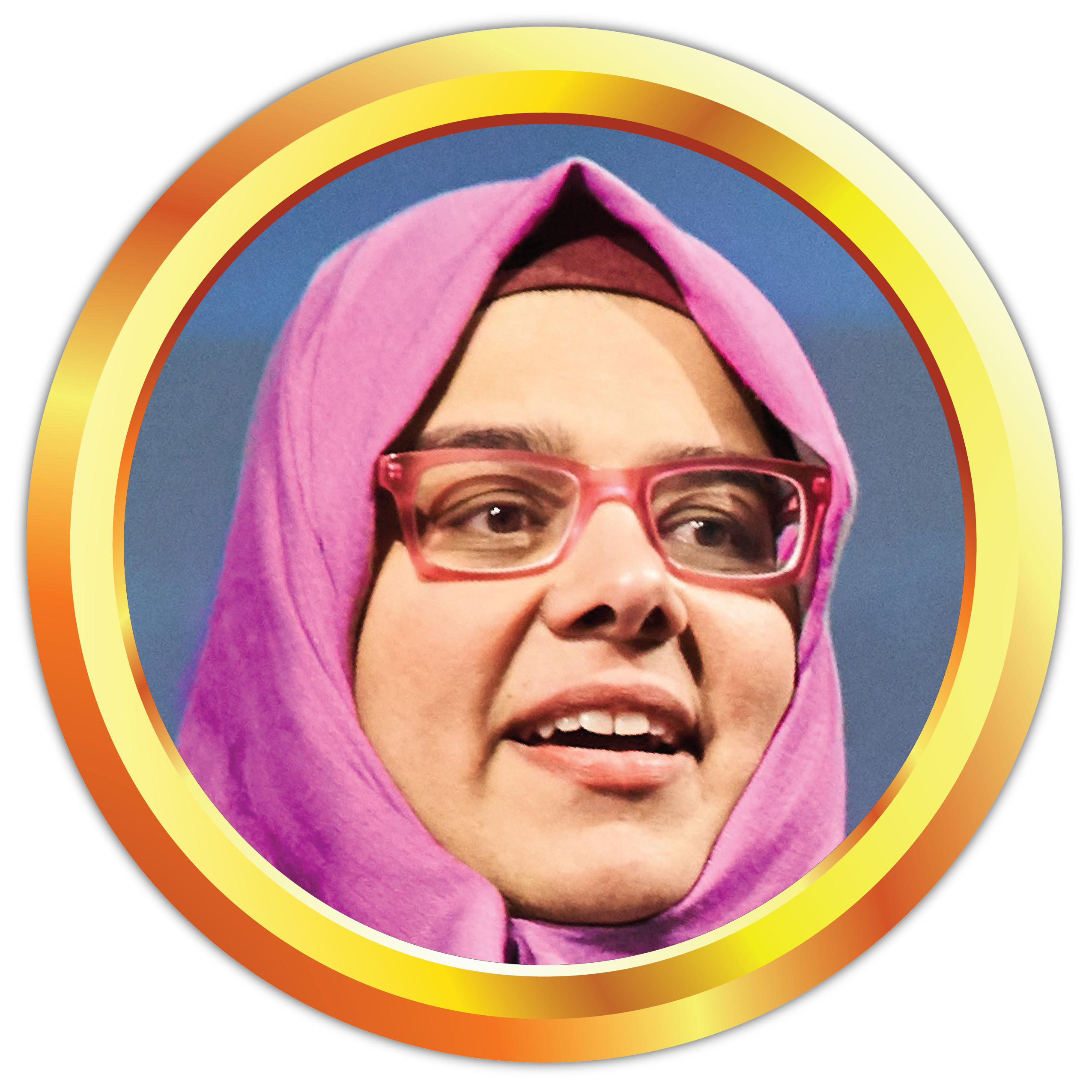 Standing Up and Speaking Out! Meet comedian Shelina Merani who uses stand-up to break down stereotypes, build bridges and share halal beefs. America’s Got Talent wanted to hear about it and asked her to audition for season 12 in New York City. Although the reviews were good, the competition was stiff: dancing dogs? This Comedy Keynote relays experiences of growing up in a strict immigrant household, challenges of being a Muslim woman and wudu disasters. Shelina revels in making people laugh – it’s a non-alcoholic high! 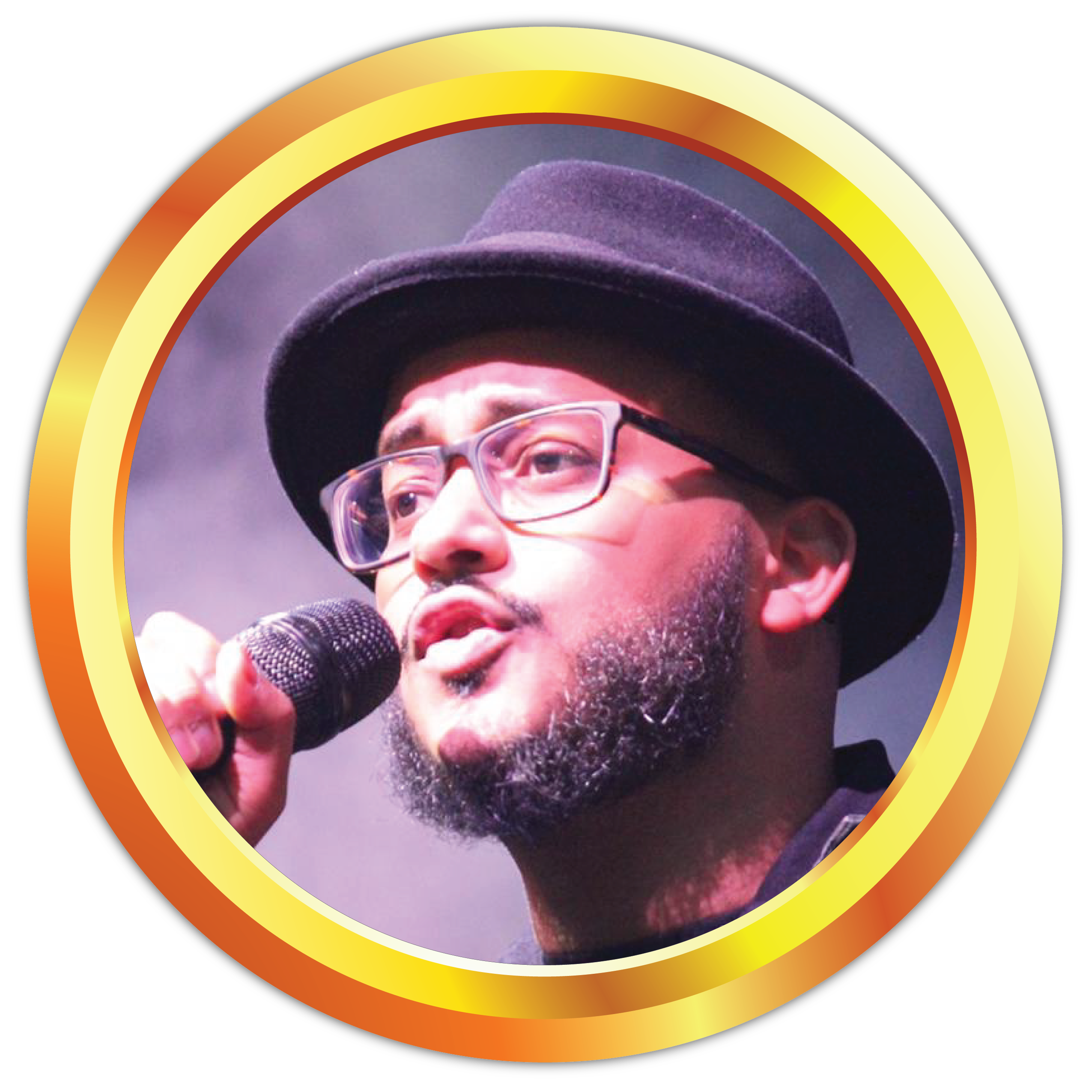 Ilyas Mao is a Somali-born Canadian A cappella artist, composer, songwriter, and producer. The topics of his inspirational and uplifting songs range from social justice, family values, and spiritual guidance. Ilyas's wealth of experience has led him to confidently engage and inspire audiences of all ages and cultures around the world.

Aside from performing, Ilyas has produced soundtracks for feature films, cartoons, and documentaries using only his voice. 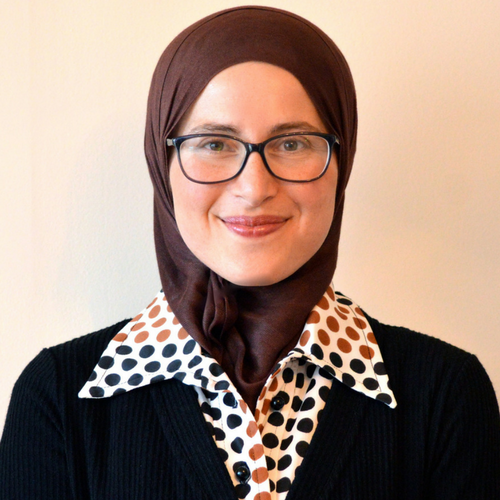 Amira Elghawaby is an award-winning journalist and human rights, advocate. Along with frequent appearances on Canadian and international news networks, Amira has written and produced stories and commentary for CBC Radio, the Ottawa Citizen, the Toronto Star, the Literary Review of Canada, and the Globe and Mail. Amira spent five years promoting the civil liberties of Canadian Muslims as human rights officer and later, as director of communications, at the National Council of Canadian Muslims (NCCM) between 2012 to the fall of 2017. She is currently involved with several initiatives to promote civic engagement in diverse communities, including as a founding board member of the Canadian Anti-Hate Network, the Silk Road Institute and as an advisor to the Muslim Youth Fellowship in Toronto. Amira obtained an honours degree in Journalism and Law from Carleton University in 2001. 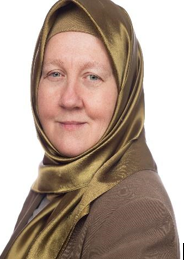 Has been active in the Canadian Muslim community for three decades. She holds a B.A.(Honours) in Comparative Religion and a M.A. (Dean’s Honours) in Islamic Studies, from McGill University, and a Master’s in Counselling Psychology (Athabasca University). She is currently pursuing a Doctor of Ministry in Muslim Chaplaincy, conjointly offered by University of Toronto, Toronto School, and Emmanuel College. Sr. Barbara is a reserve chaplain with the Canadian Armed Forces (the first female Muslim chaplain enrolled in the CAF), a civilian chaplain with Canadian Forces Support Unit-Ottawa, a Registered Psychotherapist (Qualifying), licensed by the College of Registered Psychotherapists of Ontario (CRPO), and a Canadian Certified Counsellor (CCC) with the Canadian Counselling and Psychotherapy Association (CCPA). She is the Spiritual Advisor at the Royal Ottawa Mental Health Centre and offers chaplaincy services and private psychotherapy at the Ottawa Muslim Association. Sr. Barbara has been involved in academic administration, educational program development, teaching, youth mentorship, and moral character education, as well as active in interfaith activities, chairing Cornwall Interfaith Partnership since its foundation in 2010l. 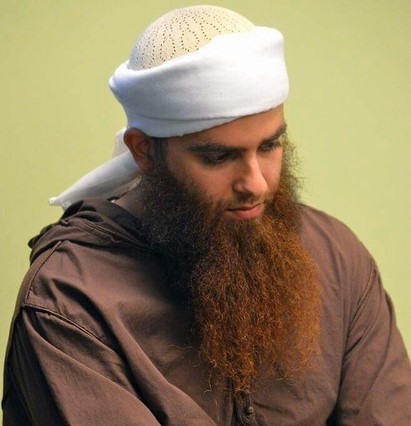 Majed Jarrar is best known for teaching Fiqh and Islamic history in Ottawa since 2012, and for co-founding Siraj Institute in 2017. He is also is a professor of engineering at the University of Ottawa, and is pursuing a PhD in education.
Majed currently serves as the interim imam of the Ottawa Mosque 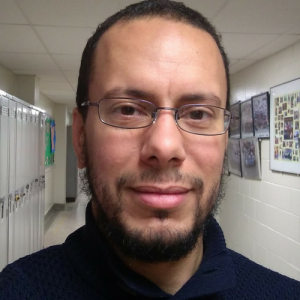 Ahmed Khalil is a second generation Canadian Muslim, inspirational speaker, imam, and da’wah coordinator. He is the manager of the MAC Youth Centre in Ottawa, ON, where he also serves as the imam and khateeb. He has more than 15 years of experience in da’wah and Islamic activism. He has a B.Eng. in Computer Engineering, from Carleton University, where he served with the MSA. He also has a diploma in Film Production from Vancouver, where he worked on integrating da’wah through the media. He has a diploma in Shariah and Islamic Studies, from Samaha Academy, under the supervision of Sheikh Jasim Muhalhal Al-Yaseen. He is an avid reader and student of knowledge and is currently studying under Sheikh Muhammad Saleh Al-Munajjid, at Zad Academy. He’s a father of three chidren; one girl and two boys. 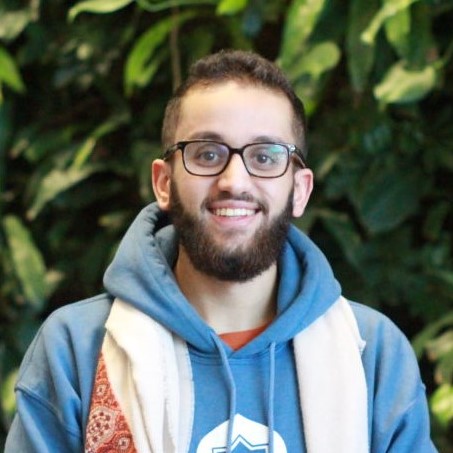 Ahmed El Khazndar is a Canadian-Arab who is in the final year of his BSc in Neuroscience and Biology at Carleton University. He has volunteered in various places as he is working to give back to the community around him and is currently serving as the President of the Carleton University Muslim Students’ Association. Ahmed was born in Montreal and raised in the UAE where he is the eldest brother of 3 to his parents Noman and Awatif. He enjoys numerous hobbies, and one of his favourites is biking where he commutes and explores the beautiful city during the summer whether by himself or as part of a group ride.